Էջ 146 - WHEREAS it is essential, if man is not to be compelled to have recourse, as a last resort, to rebellion against tyranny and oppression, that human rights should be protected by the rule of law...‎
Հանդիպում է 1901-2008-ը 799 գրքում
Էջ 124 - We must at present do our best to form a class who may be interpreters between us and the millions whom we govern ; a class of persons, Indian in blood and colour, but English in taste, in opinions, in morals, and in intellect.‎
Հանդիպում է 1853-2008-ը 916 գրքում
More
Էջ 94 - ... affect any prerogative of the crown, or the authority of parliament, or the constitution or rights of the said company, or any part of the unwritten laws or constitution of the United Kingdom of Great Britain and Ireland, whereon may depend in any degree the allegiance of any person to the crown of the United Kingdom, or the sovereignty or dominion of the said crown over any part of the said territories.‎
Հանդիպում է 1829-2007-ը 114 գրքում
Էջ 94 - ... to make laws and regulations for all persons, whether British or native, foreigners or others...‎
Հանդիպում է 1827-2006-ը 133 գրքում
Էջ 67 - I believe that no country ever stood so much in need of a code of laws as India ; and I believe also that there never was a country in which the want might so easily be supplied.‎
Հանդիպում է 1853-2007-ը 58 գրքում
Էջ 110 - Now a person, whether a magistrate, or peace-officer, who has the duty of suppressing a riot, is placed in a very difficult situation, for if, by his acts, he causes death, he is liable to be indicted for murder or manslaughter, and if he does not act, he is liable to an indictment on an information for neglect; he is, therefore, bound to hit the precise line of his duty...‎
Հանդիպում է 1833-2003-ը 23 գրքում
Էջ 91 - O'Brien and the several exhibits therein referred to it is ordered that Monday the 23rd day of April instant be given to His Majesty's Secretary of State for Home Affairs to show cause why a writ of Habeas Corpus should not issue directed to...‎
Հանդիպում է 1829-2004-ը 185 գրքում
Էջ 119 - Lordship, if you were to speak for six hundred years, instead of six hours, you would only prove the more to us that, unwritten if you will, but real and fundamental, anterior to all written laws and first making written laws possible, there must have been, and is, and will be, coeval with Human Society, from its first beginnings to its ultimate end, an actual Martial Law, of more validity than any other law whatever.‎
Հանդիպում է 1867-2006-ը 23 գրքում
Less

Nasser Hussain was Professor of Law, Jurisprudence, and Social Thought at Amherst College. 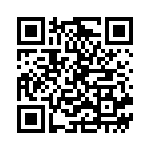