Էջ 128 - law itself, (says he,) [*91] you at the same time repeal the prohibitory clause, which guards against such repeal ( />)." 10. Lastly, acts of parliament that are impossible to be performed are of no validity : and if there arise out of them collaterally any absurd consequences, manifestly contradictory to common reason, they are, with regard to those collateral consequences, void (32).‎
Հանդիպում է 1807-2007-ը 105 գրքում
Էջ 118 - Our American plantations are principally of this latter sort, being obtained in the last century either by right of conquest and driving out the natives (with what natural justice I shall not at present enquire) or by treaties. And therefore the common law of England, as such, has no allowance or authority there; they being no part of the mother country, but distinct (though dependent) dominions.‎
Հանդիպում է 1797-2007-ը 101 գրքում 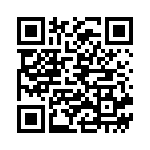