Charles M. Hudson, a professor emeritus of anthropology at the University of Georgia, is one of the foremost authorities on the history and culture of the Indians of the U.S. Southeast. His many books include Black Drink, The Forgotten Centuries, and Knights of Spain, Warriors of the Sun (all Georgia). Carmen Chaves Tesser is director of the Portuguese School at Middlebury College and a professor emerita of romance languages at the University of Georgia. 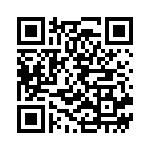