A MIRROR IN THE ROADWAY: Literature and the Real World

A mirror in the roadway: literature and the real world

Blending cultural history and literary biography with the barest traces of memoir, Dickstein (English, CUNY Graduate Ctr.; Gates of Eden: American Culture in the Sixties ) has produced in his newest ... Read full review

Morris Dickstein is Distinguished Professor of English at the City University of New York Graduate Center and a widely published literary and cultural critic. His work has appeared in the New York Times Book Review, the Times Literary Supplement, Partisan Review, The Nation, and the Chronicle of Higher Education. His books include Gates of Eden: American culture in the 1960's, nominated for a National Book Critics Circle Award in criticism, and Leopards in the Temple, a study of postwar American fiction. 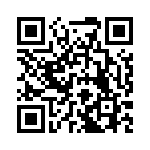