Huberta v. Voss worked for many years as a political correspondent for various German dailies, before becoming spokesperson of the Speaker of the Bundestag. During the diplomatic assignment of her husband to Beirut and Nicosia, she edited and translated amongst others the Lebanese poet Nadia Tuéni from French into German. She has earned a M.A. in Political Science, Modern History and French Philology. She has three children and now lives as a freelance journalist and author in Berlin. 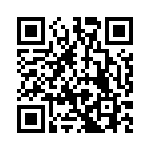