The meaning of mind: language, morality, and neuroscience

Emeritus professor of psychiatry and a prolific and controversial author (The Myth of Mental Illness, 1974; Our Right to Drugs, Praeger, 1991), Szasz here addresses the concept of mind with his ... ×čņąņü āåńü īņēūā

THOMAS SZASZ, Professor of Psychiatry Emeritus at the State University of New York Health Science Center in Syracuse, New York, is the author of 23 books, among them the classic, The Myth of Mental Illness (1961), and Our Right To Drugs (Praeger, 1991). 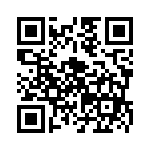