Dr. Filip Spagnoli earned his PhD in political philosophy from the University of Brussels in 2002. He has published articles in De Standaard and De Morgen, the two leading Belgian quality news-papers. 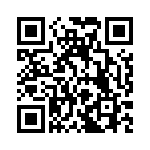