Terence Whalen is Assistant Professor of English at the University of Illinois at Chicago. His work has appeared in such journals as American Quarterly and Representations. 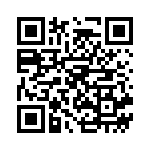