A must read for all WWII history buffs. In "Beyond Band of Brothers" Major Dick Winters fills in some of the missing gaps that either Larry Alexander's "Biggest Brother" or Stephen Ambrose’s "Band of ... Read full review

in this book, the war was taking place in europe and japan. this was WWII. dick winters is the protagonist in this book. he has signed up as a third regiment parachute soldier.he and his fellow ... Read full review

Major Dick Winters was born near Lancaster, Pennsylvania in 1918. One of the initial officers assigned to Easy Company of the 101st Airborne, Winters jumped into France on D-Day and commanded the unit now known as the Band of Brothers. He led his men through the Battle of the Bulge and captured Berchtesgaden, Hitler's Bavarian retreat. Released from military service in November 1945, he returned briefly to active duty during the Korean War, then spent his life on a small Pennsylvania farm and was a highly successful businessman. He passed away in 2011.

Cole C. Kingseed is a thirty-year Army veteran who served in a variety of command and staff positions. He earned his M.A. in national security and strategic studies from the U.S. Naval War College and his Ph.D. in history from Ohio State. He taught at West Point, where he served as chief of military history for four years. Kingseed is the author of thirty-seven articles on corporate and military leadership and such books as Eisenhower and the Suez Crisis of 1956 and Old Glory Stories: Combat Leadership in World War II. He is president of his own leadership consulting firm, The Brecourt Leadership Experience, Inc., whose clients, to name a few, include General Electric, FreddieMac, International Paper, and Bayer Corporation. 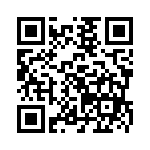