Michael Broers is Professor of Western European History at Oxford University. He is the author of, among other books about revolutionary and Napoleonic Europe, The Napoleonic Empire in Italy, 1796-1814, winner of the Grand Prix Napoléon prize, 2006, and of Napoleon's Other War: Bandits, Rebels and their Pursuers in the Age of Revolutions 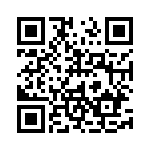