Although probably not a book for most general readers, this book has much to offer because of its authors' envolvement in the events of their times. Wilma Iggers grew up in a family of well-to-do ... Read full review

Wilma Iggers, born in 1921 in Czechoslovakia, Georg Iggers in 1926 in Hamburg both fled with their parents to North America in October 1938 to escape the Nazis. Throughout their long married life, they have sought as scholars and citizens to build bridges across racial, religious, national, and ideological lines. Wilma Iggers' most recent positions were Professor of German at Canisius College (Buffalo), 1965-1991, since then Professor emerita, Her publications include Karl Kraus, A Viennese Cultural Critic of the Twentieth Century (1967) and Women of Prague (Berghahn 1995). 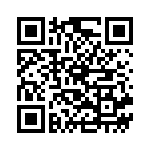