George P. Monger is a freelance museum conservator, consultant, and folklorist based in East Anglia, England. 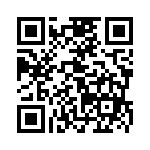