A book about the Great Indian Mutiny of 1857. The first attempt to free itself of foreign rule and war of Independence. This was the beginning of the end for the Mughal Empire in particular and Muslim ... Read full review

This is undoubtedly an excellent historical narrative about a place and a time of which I knew nothing when I started the book and I appreciate the enormous amount of time and energy Dalrymple and his ... Read full review

William Dalrymple was born in Scotland. He wrote the highly acclaimed bestseller In Xanadu when he was twenty-two. His last book, White Mughals, won the Wolfson Prize for History 2003 and the Scottish Book of the Year Prize. A stage version by Christopher Hampton has just been co-commissioned by the National Theatre and the Tamasha Theatre Company. He is a Fellow of the Royal Society of Literature and of the Royal Asiatic Society. His Radio 4 series on the history of British spirituality and mysticism, The Long Search, won the 2002 Sandford St Martin Prize for Religious Broadcasting. He and his family divide their time between London and Delhi. 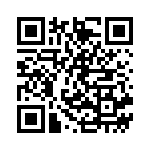