Since 1999 F.R. Bridge has been Emeritus Professor of Diplomatic History at the University of Leeds. 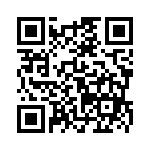